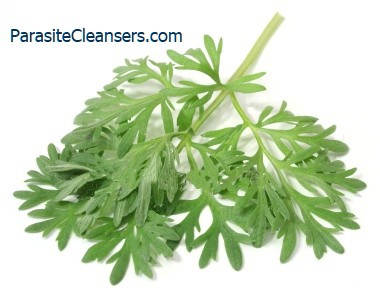 You may have already heard of sweet wormwood due to its remarkable properties that can eliminate malaria and even cure cancer (Citation: 1)

Sweet wormwood contains significant amounts of artemisinin. The remarkable story of the discovery of artemisinin and the proven efficacy of its antimalarial and cancer-fighting properties by Chinese scientists has been called “one of the great discoveries in medicine in the latter half of the 20th century.” (Citation: 2). Additionally, Artemisinin has antifungal and antiviral properties which some claim can help treat a variety of conditions including hepatitis B and C, herpes, influenza and other viral infections. Artemisinin may also have anti-inflammatory benefits, which some claim can be useful in treating inflammatory and autoimmune conditions like multiple sclerosis.

But what you might not have known is that Sweet wormwood (Artemisia annua, also known as sweet annie, sweet and annual wormwood) has shown remarkable effects in fighting a number of other human parasites including nematodes and ameba-protozoa.

What is sweet wormwood?

Sweet wormwood is not the same as normal wormwood, so make sure to understand the difference.

Sweet wormwood (Artemisia annua) is a plant that is common in temperate climate areas of Asia but has been naturalized all over the planet.  It can be found in many countries all over the world, like Argentina, Bulgaria, France, Hungary, Italy, Romania, Spain and the USA. It is a member of the family of Asteraceae and has leaves that resemble ferns. The plant yields bright yellow flowers and has a camphor-like scent. Sweet wormwoods glandular structures (trichomes) can produce a large variety of bioactive compounds called terpenoids. These terpenoids are found on all the various surfaces of the plant like leaves,  and stems. The Artemisinin content in dried leaves can reach up to 2%.

Traditional Chinese medicine dating back centuries has utilized Sweet wormwood to treat a variety of ailments. Common uses ranged from treating fevers to hemorrhoids and even as a sexual tonic. Unfortunately, sweet wormwood had fallen out of common use until it was rediscovered in 1970 when a Chinese Handbook of Prescriptions was discovered. (Citation: 3)

In the 1970s ancient Chinese book containing Prescriptions dating back to 340 AD was recovered. In this handbook, there was an entry which detailed the preparation of an herbal tea prepared from the dried leaves of the sweet wormwood plant.

How does sweet wormwood kill parasites?

Since its rediscovery as a natural herbal medicine, researchers have been studying its effects using modern research methods. (Citation: 4)

Artemisia annua possesses the capacity to produce high phenolic compounds, which result in high antioxidant activity. Five major groups (coumarins, flavones, flavonols, phenolic acids and miscellaneous) containing over 50 different phenolic compounds were identified in Sweet wormwood. Flavonoids are generally known for their redox properties involved in the delay or inhibition of the initiation or propagation of oxidizing chain reactions. (Citation: 5)

Artemisinin is thought to owe its anti-protozoan effects to its content of Flavonoids. This gives it the ability to kill parasites through oxidation. This is why sweet wormwood is considered highly effective against ringworm, tapeworm, pinworm, threadworm as well as a wide variety of other parasitic infections like amoebas and protozoa’s, viruses and bacteria.