“Let food be thy medicine, and medicine be thy food.”

These words from the ancient Greek physician Hippocrates, often called the father of Western medicine, may have been uttered when he was thinking about garlic. 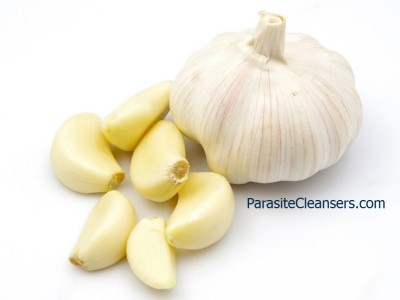 Garlic is well known for its ability to spice up nearly any culinary dish. There is something captivating about the aroma of freshly roasted garlic that warms the soul. Its pungent odor is cherished by cultures all over the globe. Amazingly, this humble staple of the kitchen also has powerful health benefits.

Most modern research has focused on garlic’s role in reducing the risk of heart disease, regulating blood pressure, lowering cholesterol levels and fighting cancer. Also, studies have been conducted analyzing its ability to increase antioxidants and fight free radicals in the blood. But did you know that garlic has significant Anti-fungal, Anti-bacterial and Anti-viral properties? (Citation: 1,2,3,4,5)

Garlic (Allium sativum) is one of the most popular edible plants in the world. Even though garlic is very popular few people realize that garlic, a close relative of the onion, shallot, leek and chive, is actually a member of the Liliaceae family and is a perennial bulb. It is possible to cultivate garlic all over the planet, because garlic is easy to grow and can be grown year-round in mild climates.

Garlic cultivation predates modern writing, and as far as we know dates back over 5,000 years ago. Its use as both a food and medicine has been documented in the earliest writings we have of antiquity. Chinese have included garlic in their cooking for over 3,000 years. The ancient Greek medical practitioners, Hippocrates and Aristotle, both cite therapeutic benefits of garlic. According to legend, garlic was used in ancient Egypt to increase workers’ resistance to common infections and as a topical aid in preventing infection. One of the earliest known treatments, dating back to the Egyptian codex of ebers in 1550 bc, was to use garlic as a treatment to fight against tumors. (Citation:  6)

In modern medicine, Louis Pasteur was one of the earliest scientists to demonstrate that garlic possessed significant antimicrobial properties. As a result of those findings, garlic was used to protect wounds of soldiers and prevent gangrene during WW1 and WW2. (Citation: 7) Traditionally, garlic has been used as an herb to treat colds and the flu, as well as alleviate menstrual pain and to expel worms and other parasites from the digestive tract.

How does garlic help fight against parasites?

The main thing you need to know is that the parasite fighting chemical obtained from garlic is called Allicin. Allicin is an oily, slightly yellow liquid that gives garlic its unique odor. It was first isolated and studied in the laboratory by Chester J. Cavallito and John Hays Bailey in 1944. (Citation: 8)

Garlic bulbs are mainly comprised of organosulfur compounds and proteins (mainly alliinase). Other components include amino acids (such as arginine, lysine, threonine and tryptophan), and small quantities of vitamins and minerals.

When garlic is crushed by chewing or chopping, the alliin promptly reacts with the enzyme alliinase to form allicin. Allicin is highly unstable and quickly decomposes into sulfur compounds when oxidized.

The largest amount of Allicin can be obtained from garlic by consuming the cloves in raw form. Although, garlic powder can be made which dehydrates the garlic bulbs in such a manner that they retain a significant portion of its parasite fighting compounds. These compounds, alliin and alliinase can then be converted to allicin, when consumed. (Citation: 8)

It is estimated that Garlic (Allium sativum) only has approximately 1% of the antibacterial activity of penicillin. But it is able to act upon both gram-positive and gram-negative organisms which makes it effective against a wide variety of organisms. It is thought that it is the presence of both allicin and ajoene that provides garlic with such a wide-spectrum antimicrobial benefits. (Citation: 9)

This is why garlic is a good source of relief for people suffering from common infections like athletes foot or yeast infections.

There is a lot of anecdotal evidence that garlic is able to help fight viruses like the common cold. While researchers have tried to detail this by analyzing studies and compiling evidence, the results remain inconclusive, although promising. So, the benefits of garlic’s anti-viral capabilities should not be ruled out. (Citation:10)